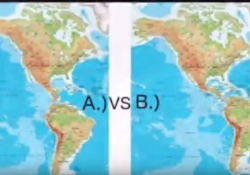 “For I testify unto every man that heareth the words of the prophecy of this book, If any man shall add unto these things, God shall add unto him the plagues that are written in this book”      Revelation 22:18 KJV

So often people will stop and tell me how they read my column and found it to be “hard to understand” – or “just way out there!”  This one may take the cake. This column will likely be the most “freaky” column you have seen from me yet. What I am about to explain will probably have you exclaiming “That is impossible!”  As usual – I encourage you to investigate more for yourself before you decide that I have lost my mind.

I am quoting from what many consider to be some of the most hard-to-understand AND misunderstood books of the Bible: Revelation.  Sometimes called the Apocalypse.  When referring to the word “revelation” – it is understood that what is being revealed is that Jesus messiah is “King of Kings and Lord of Lords”.  He is being “revealed” – hence the name, Revelation.  The word apocalypse is applied incorrectly by almost everyone, including Christians.  The word derives from a Greek term “apokalypsis” meaning:   a disclosure of knowledge, i.e., a lifting of the veil or revelation. In religious contexts it is usually a disclosure of something hidden, “a vision of heavenly secrets that can make sense of earthly realities”.

Because of these misunderstandings – and many more – the book of Revelation is avoided in discussions in church circles because it reads like a cypher to be decrypted (much like my words here?)  Never mind that the book opens with:  “3 Blessed is he who reads and those who hear the words of this prophecy, and keep those things which are written in it; for the time is near.” (Revelation 1:3 NKJV)

I want to focus on one misunderstood “scriptural truth” that I hear many a pastor and laity – quote.        “And if any man shall take away from the words of the book of this prophecy, God shall take away his part out of the book of life, and out of the holy city, and [from] the things which are written in this book.”  (Revelation 22:19  KJV)    People refer to this scripture as proof that the Bible cannot be changed.  When in fact,  it proves the exact opposite.  It says, “and IF someone changes the words of this book….”  The scripture indicates things will not go well for that person who adds to or takes away – FROM THE BOOK OF REVELATION. (I’m not trying to say that it is ok to change the rest of the Bible – I am just making a point that Revelation 22:18 and 19 are spoken SPECIFICALLY towards John’s prophetic writings in Revelation.)

Another misunderstanding is that many readers of the Bible tend to think of the books as being “chronological” – when they are in fact, not.   For example – the Book of Job is likely the oldest book in the Bible but it is inserted deep into the Bible after seventeen other books are included. This order was decided upon by a gathering that we today call, The Nicene Council. It was around 325 years after Jesus’ resurrection and ascension that church leaders of that time decided what would be “true Christian doctrine.” I am not writing this to question whether their decision was right or wrong. My point is – is that the order of books, what is included and what was not – was decided BY MEN.  The Bible that we have today was not dropped out of heavenly clouds by God and called “His Word”. As a matter of fact – scripture tells us what His Word truly is.     In John 1 we read:

“And the Word became flesh and dwelt among us, and we beheld His glory, the glory as of the only begotten of the Father, full of grace and truth.”

So what we find here is that whenever someone holds up a Bible and exclaims “I HOLD UP BEFORE YOU THE WORD OF GOD!” – unless Jesus is sitting on their shoulders – they are NOT holding up the Word of God.     Jesus Christ of Nazareth, Jesus messiah, Yeshua hamashiach in the Hebrew –  IS the WORD OF GOD.   I am aware that I may be stepping on some serious “religion toes” here.   We all hold our Bibles in great reverence. That includes me.  I cannot stress the importance of us all spending LOTS-O-TIME reading our Bibles. I would not know – what I know – without having spent lots of time in studying scripture. As it is written – “those that believe God must know that He is and that He is a rewarder of those who diligently seek Him.”

This brings me to the “freakiest and geekiest” part of this column.   Our Bibles are being changed.     “OH! C’mon Dave, everybody knows that God’s Word cannot be changed” – yes, that is correct.   God’s Word WILL NEVER CHANGE. But we have just established WHO is God’s Word and WHAT is not.

I have a Bible that I read – sitting on my footstool in front of a rocking chair, in a corner of my dining room. It is the same NKJV Bible that I have been reading for ten years (I have many other versions – just happen to read new King James Version) – each morning practically every day, I drink my coffee and read that book. The words IN THAT BOOK changed. As crazy as that sounds – words in certain scriptures, changed. I am not talking about a newer published version or a replacement book – THAT SAME BOOK.        And I’m not the only person experiencing this:

Paul Adams, Photohelix and so many, many more!

And if you have a King James (doesn’t matter what year publishing – I have one KJV that is over 60 years old and recently purchased a terrific old KJV that is 110 Years old!  I got it for $3 ) or a New King James – many scriptures have been changed in your Bible as well.    Just to get you started down this proverbial “rabbit hole” – lookup:

So you may be thinking “OK, I’ll humor you. How can this be?”

This came about by a technology I have written about in a past column:  We Should Be conCERNed – (page 2) June 12 2015.   CERN is the particle accelerator in Switzerland that physicists state that they are able to opening dimensional portals and “pull something into this realm”. Here is a quote from the CERN website:

“Out of this door might come something, or we might send something through it” – Sergio Bertolucci who is Director for Research and Scientific Computing at CERN.       Dr. Bertolucci also added,   “Indeed, there would be an “open door”, but that even with the power of the LHC at his disposal he would only be able to hold it open “a very tiny lapse of time, 10-26 seconds, [but] during that infinitesimal amount of time we would be able to peer into this open door, either by getting something out of it or sending something into it.” –               This quote was made a few years ago.  Today, CERN has much more operating power. Just as an aside – did you know that CERN is short for “CERNUNOS” the underworld god of destruction? Did you know that CERN is built on the Temple of Apollyon?  Isn’t that interesting?

Then there is a technology called the “D-Wave Quantum Computer”. D-Wave is a self-aware computer that is so powerful that calculations that would take 10,000 years to work out on a normal supercomputer – would take a few seconds on a D-Wave. It is widely publicized that the D-Wave computer processes and gets its “answers/results” from another dimension. (I’m just telling you what they say) – Check out this video for more details:   Quantum Computing – Artificial Intelligence is Here https://youtu.be/9hFbiQDsgkI   or just visit my YouTube channel.

I can’t go into detail here – but the connection to the book of Revelation that CERN and the D-Wave have – should concern us. It seems that they hold the key to the bottomless pit mentioned in Revelation.  I invite you to find out more by visiting my YouTube channel and to visit a website created by a group who are documenting the Bible changes:   www.quantumwarriors.net

Since the original published article appeared – SO MUCH HAS CHANGED! There are now CERN-like particle accelerators in many locations in the world.   AI is talked about openly in “main-stream” media outlets – and there are concerns about AI and robotics taking over 50 percent of the overall job market in the next few years!  Things are REALLY RAMPING UP!

THE LORD BLESS YOU AND KEEP YOU!

If you are on this blog – it probably comes as no surprise to you  that every aspect of our lives in this “crazy – upside down and backwards world” – is being sifted through. Analyzed as it were.

It is not a big room full of humans that are monitoring us – don’t be silly. That idea is SO PASSE’

it is AI or AGI – Artificial General Intelligence. I am posting an experience I had today that is a great and somewhat, common – story these days.

I had a conversation with my Father-in-Law today (who is also a friend and brother in Christ) — He and I talk about extremely esoteric ideals of all things spiritual – and I reminded him about something that he said months ago – when I started telling him about QE — he said “they’ve always been doing that…” — I told him today that I realized that through-out our lives – whenever we have had a “dejavu” event – that it wasn’t just our minds playing a “trick on us” — that it was – in fact – A SHIFT — subtle – and relatively unnoticeable – mostly unnoticeable because of the low-level of events – they were infrequent.       BUT NOW – because satan knows he has but a short time – HE HAS RAMPED IT UP! We are  living with a barrage of changes/shifts – in “reality” — and because of that many of us are taking note of it. I told him that we are living in a barrage of Dejavu —-  I then begin to tell him that AI – ARTIFICIAL INTELLIGENCE are monitoring our conversations. (not a bunch of people in a room full of computer monitors) AI is sifting through and “learning us” — evaluating what we do each and every day.   And then – TONIGHT – a woman in a closed group posted an “odd video” (like we have never seen odd videos?) — and what do ya know????? guess what the interviewer said on the video?

This is the video – and I have set it to start at the segment where the interviewer makes the dejavu statement.  approx: 1 hr 33 mins in

I should mention that I don’t necessarily agree with what this video (supposedly) postulates:  Time travelers and what-not — (I don’t disagree either – just unsure)  — but I am just showing what took place after I had an otherwise “private conversation” —

The LORD bless you and keep you!