Truth is Stranger Than Fiction: Can You Tell the Difference?

This was published originally in 2012 (in my local newspaper)   but a recent piece by TRUTHSTREAM MEDIA – the husband/wife team who do terrific work exposing the deceptions of our world – compelled me to revisit the subject.   I am opening this piece with the original writings (maybe a few edits) and then including the latest information on “PRESERVING THE RIGHT TO COGNITIVE LIBERTY” at the end of this posting.

I was going to write a column about this subject months ago – but a columnist from the Rutherford Institute beat me to it. John Whitehead’s column titled “Minority Report: Fiction Has Become Reality” lays out a long list of sci-fi technologies that were demonstrated in the movie Minority Report – which starred Tom Cruise. The story depicts a future where people are arrested for PRE-CRIME. (see what is ACTUALLY BEING DONE in regards to these technologies – just five years after this writing)  In the movie, police of that future day know ahead of time when someone will commit a crime. The story gets a twist when the lead officer of the Pre-Crime department is pointed out as a potential murderer.

In Mr. Whitehead’s column, he details current technologies that are matching and in some cases exceeding what we would believe is a science fiction movie list of technologies.

Whitehead’s column can be found at:

I’ll list the technologies that he mentions – without going into details for all of them except one.   The one that I want to address in detail will be in bold:

I saw this technology in action last year and it BLEW ME AWAY! You can see a short video demonstrating how people watch a video or other imagery and how the technology records what the people “see” in their minds. The recorded imagery is grainy, blotchy and otherwise distorted but you can see enough accuracy to see where this is going. It is what you don’t see that concerns me. Allow me to explain.

When Morse-code was created to communicate over long distances, wires were run all over the nation. Then along came the ability to wirelessly transmit the dot-dots and dashes of Morse-code. Around the same time developments in recording sounds to a plastic tube and then later a flat disc were created for later playback by many amazed listeners. Before you knew it – those sounds were being transmitted wirelessly and listened to by radio waves. After that came television which was at first delivered in labs over wires (now called “closed circuit” television)  until engineers could develop a way to send images in succession – once again – wirelessly over radio waves. It is the natural order of these technological developments. You first develop a way to capture and play-back. Then you take the captured media, whether video or audio, and deliver it wirelessly and transparently through the air-waves.

Originally published in 2011 (it’s 2017 – any chance that the technology has progressed?)

So as I watch developments in capturing and RECORDING THOUGHTS FOR LATER PLAYBACK – a frightening thing occurs to me.

If thoughts can be recorded from people’s minds – why can’t they be played back into their minds? And if the process currently requires some electrodes attached to a person’s head to capture their thoughts – it’s only a matter of time before the technology to playback recorded thoughts directly into someone’s mind wirelessly and/or remotely, becomes commonplace.

Is it a stretch (I don’t believe it is) to imagine that someone could create “thought imagery” and transmit it to your mind without your being aware? How would you be able to tell if what you are experiencing is actually your thoughts or not? Imagine a group of people driving down the freeway and someone decides to transmit imagery that tells them a truck is heading down the wrong side of the road towards them – causing the group to drive off of the road because of an image that they cannot tell isn’t actually there.

The applications for such technologies could be wonderful: teaching people via transmission to their mind, or having  include a better understanding of what goes on in the minds of people who cannot communicate verbally, such as stroke victims, coma patients and people with neurodegenerative diseases, and imagine the movie/entertainment experience possibilities.

But I have never seen something so powerful NOT become perverted by people with evil intent.

When I discover technological developments like these, that could in essence completely break-down our ability to discern what is real and what is not –   it always makes me think of what the Bible says in   Revelation 13:13

As mind-boggling and unreal as this all sounds – these technologies are real!

Here is the UPDATED INFORMATION:

So – How can we protect ourselves from this sort of attack on the mind?

THE FULL ARMOR OF GOD!   The full armor is described in the book of Ephesians.   “Finally, my brethren, be strong in the Lord and in the power of His might.”  (not ours – because it will not protect us – author)

14 Stand therefore, having girded your waist with truth, having put on the breastplate of righteousness, 15 and having shod your feet with the preparation of the gospel of peace; 16 above all, taking the shield of faith with which you will be able to quench all the fiery darts of the wicked one. 17 And take the helmet of salvation, and the sword of the Spirit, which is the word of God; 18 praying always with all prayer and supplication in the Spirit, being watchful to this end with all perseverance and supplication for all the saints—

TRUTH  |  RIGHTEOUSNESS  |  GOSPEL OF PEACE  |  FAITH  |  SALVATION  | SWORD OF THE SPIRIT (Know God, know the scriptures and hear from Him)

According to scripture (not according to me) – you can ONLY KNOW GOD THE FATHER – if you know the Son.  If you do not have the Son, you cannot have the Father.

The whole ARMOR of God can only be had if you KNOW Jesus christ of Nazareth.  You cannot have TRUTH without the Son. You can never become righteous – without the Son. You cannot understand the Gospel (good news) of Peace without knowing the Son – the Prince of peace. You must have faith in the only begotten Son of God.  Salvation comes through the Son, Jesus – and Him alone. The Sword of the Spirit – THE WORD – is Jesus christ.

MORE TO COME – ABOUT THIS SUBJECT – SOON…

The LORD bless you and Keep You!      Jesusfreak computergeek 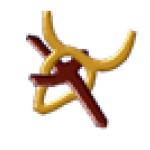 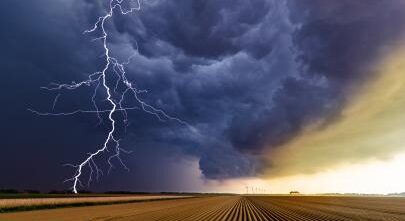 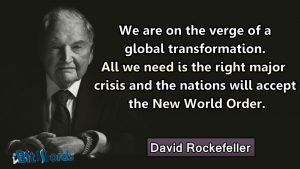 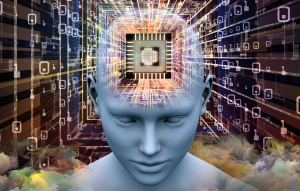