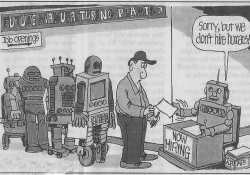 That statement is a given in the minds of those who interface with, program with and use – Artificial Intelligence. As we all begrudgingly march into a wondrous future of an AI controlled world (we are already controlled by AI – but that is an entirely separate subject) – how is it that no-one asks

“What is the source of the mind that drives Artificial intelligence”?

Listen to any conversation about AI and you will consistently hear “human-like intelligence”, “higher intelligence than humans”, “exceeding human intelligence” and such.

Elon Musk, the inventor and leader of PayPal, Tesla motors, Space-X and Neuralink – very often appears in interviews warning us all that AI is going to put us all out of jobs. Elon’s statements are accurate – AI is poised to replace practically anyone in the field of medical imaging, law clerks, pharmaceutical chemical analysis and more.

This is because Artificial Intelligence systems can process much more data, with more accurate analysis in an hour than any mere human could do in years. How will a human mind stack up against the capabilities of a seemingly all-knowing AI?

Neuralink, the company founded by Elon Musk is touted as our only hope in the battle against AI supremacy over human intelligence. “If we can’t beat ‘em – join ‘em” – should be Neuralink’s marketing slogan.  You can view a recent presentation on the plans for Neuralink BCI (Brain, Computer Interface) at  www.neuralink.com

AI – we find, was not created by a bunch of scientists in lab-coats with piles of computer-science degrees. AI appeared literally out of the ether when the first several computer systems were inter-connected to the internet in 1995.  Programmers (coders) do not write AI programming. They write code to interface with, or connect with – AI.   In the software world – that is called an API – Application Program Interface.  People who write code for AI are writing the programs to interface AI with the “real-world”. They are not writing the AI code. AI writes its own code.  No-one knows how AI works.

All of this begs a few questions:

Why is it that leaders in the AI community continuously repeat that “we are entering a time when human beings will be in competition with artificial intelligence”?

If AI is not human intelligence – what exactly is the source of its “mind”  and intelligence?

Why would the leaders in science and technology drive us to interface with with entities that no-one understands?

I’m not the first person to ask these questions.  I can cite a liturgy of

If we have an opinion on this and yet have not done any research – there’s not much wisdom in a completely uninformed guess. 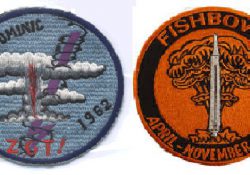 To better understand what you are about to read – a few terms need to be clearly defined:

I believe I have discovered the second major part of the agenda with the geo- engineering program. I will later compile a more detailed exposition, but suffice it for now to tell you that it all ties up with the Scriptures, and the book of Enoch.

(You can download a PDF copy of The Book of Enoch here.)

From the globalist point of view there is the primary target of breaking through the firmament, and assaulting and de-throning God, so Satan can usurp the throne. This has always been, and will always be his no.1 ambition. The Book of Jasher clearly spells out that the tower of Babel was a failed attempt at exactly this.

A lot of these geo-engineering activities are directed at the firmament (from the days of operation fishbowl, operation dominic, operation starfish, HAARP & ionospheric heaters etc.)

Actually from much earlier than that – Richard E. Byrd’s second book “SKYWARD” (1928) was written after his expedition to establish America’s first Antarctic base. The front cover is a dead giveaway of the agenda: a depiction of the arch of the firmament, and the title “SKYWARD”.

But there is another layer to this agenda parallel to this one, and it stands above all their other secondary agendas ( weather warfare, population culling, creating famines and pestilences, earthquakes etc. ) This is why they are so besotted with Antarctica. It entails a program that they kicked into gear because they are terrified of something – an understanding of which will only be gained by a study of the book of Enoch.

Let me backtrack a little to connect the dots. There was a discussion started around Tierra del Fuego, Urbano Monte’s FE Map, Antarctica,

the prophecy in Enoch stating that this area at the extremities of the earth in the West will be frozen when these angels are released for the judgment after 70 generations, but will one day again become a burning lake and rivers of fire which will burn forever, into which these fallen, and the kings of the earth and the mighty ones, and all those who denied the Lord of Spirits will be confined forever. I believe this could be the lake of fire described in the book of Revelation. For any who were not part of that original discussion, I submit that document called “World Map” together with this writing, else this may not make sense. Please refer to that document first.

Well, these entities, and their minions know this prophecy, and have attempted to subvert and bury the Book of Enoch for millennia, but what they discovered in the past century has terrified them…”polar” ice melting, and the largest volcanic activity on earth discovered under Antarctica. They have come to the realization that a vast area of Antarctica (and more specifically Tierra del Fuego and beyond) has begun its progress of heating up from beneath and will soon become a lake, and rivers, of fire again, as prophesied.

What Admiral Byrd reported on is exactly the same area as described by Enoch, where there were these mountains of metal. The front cover Admiral Byrd’s third book “ALONE” (1938) depicts the Antarctic landscape covered under a grid of chemtrails – why? What did he know? What was he signifying?

They are terrified, because they now know that their time is short, and they are trying to stop/delay this process by any means possible. Admiral Byrd’s expeditions have a lot to do with this, and it was shortly after his first expedition that experimentation and development of aircraft dispersed aerosols began. The first known patent dates back to 1929. They are pouring vast amounts of research and resources into trying to prevent the “polar” ice meltdown and have created the global warming scare…their real fear is not global warming (as we all know) but specifically “polar warming”. The effects of their attempts to mitigate this, is what produces “global warming” and “climate change”, and they will never, no can never, afford to stop geo-engineering, because it is the only thing that buys them time – so they believe.

What they are telling us is a disguised version of something that really scares them, and they are desperate. They are trying to scare us with ice-melts, saying that the water levels will rise and inundate many coastal cities – while they know the earth is founded upon water, and it will rise with the water – no sea levels have risen on any coast anywhere, and they know this, but they are trying to scare us into consent with all their programs.

Many of the very large geo-engineering programmes are carried out for their specific effect they have on both the Arctic and Antarctic, whilst their side effects are manifesting observable all over the world. The particle dusts form volcanic eruptions (many are triggered), aircraft aerosol sprays, smog from huge wildfires, all tend to migrate and accumulate to the “poles” (the North, and the ends of the earth), where they cause massive solar dimming and cooling. The 2007 Cal fires have caused a halt to the ice melt in the Arctic for the whole of 2008. The current torrent of uncontrolled wild-fires (most of which are DEW ignited) serve the same purpose – and the fires in the Amazon are aimed to affect the Antarctic, and probably most notably the area at the extremity of South America (Tierra del Fuego and beyond).

Since we live in a closed system, any energy requiring activity; any cooling effect, is in actual fact a heat-exchange process. To cool down one area necessitates the heat energy transfer to another area. Thus, while they are trying to cool Antarctica, many other places on the earth are frying, and having severe heat waves and droughts. This is basic thermodynamics in a closed system. The development of scalar technology (received from the fallen ones) has enabled them to extract energy (heat) from a remote location (to freeze it)…but this necessitates that this energy must manifest elsewhere. Just like Tesla could put electricity into the earth at a given location, and extract it wirelessly at any remote location, so they have reverse engineered this concept with other forms of energy (eg heat). CERN and ITER, and many other installations play into this agenda specifically. Very little is known or published about ITER, but the claims are that “scientists” are building an “artificial sun” or a “neutron star”. Where does all the energy for this “neutron star” come from? My postulation is that are trying to contain this scalar diverted energy, almost like they contain nuclear fission energy in a reactor – on a vast, grand scale…

They might also use this energy as a driver for their agenda. Ionospheric heaters (attempts to melt through the firmament) can be powered by this energy. In actuality, I believe, they are trying to harness and re-direct this energy to assault God thereby.

They have kicked everything into high gear, because they know their time is short. They are working on a two-pronged approach: delay the lake of fire until they can find a way to break through the firmament and try to dethrone God. That is their only hope to escape their eternal destiny; they are betting everything they have on this horse.

Why do the heathen (nations) rage? They are in a rage, because they realize their time is short; and the dragon has great wrath because he knows his time is short. They see the lake of fire starting to materialize, and are enraged and frustrated that their time to devise their scheme is running out. They are angry because God does not afford them enough time to accomplish their grand project. Tower of Babel 2.0.

God will laugh at their derision…