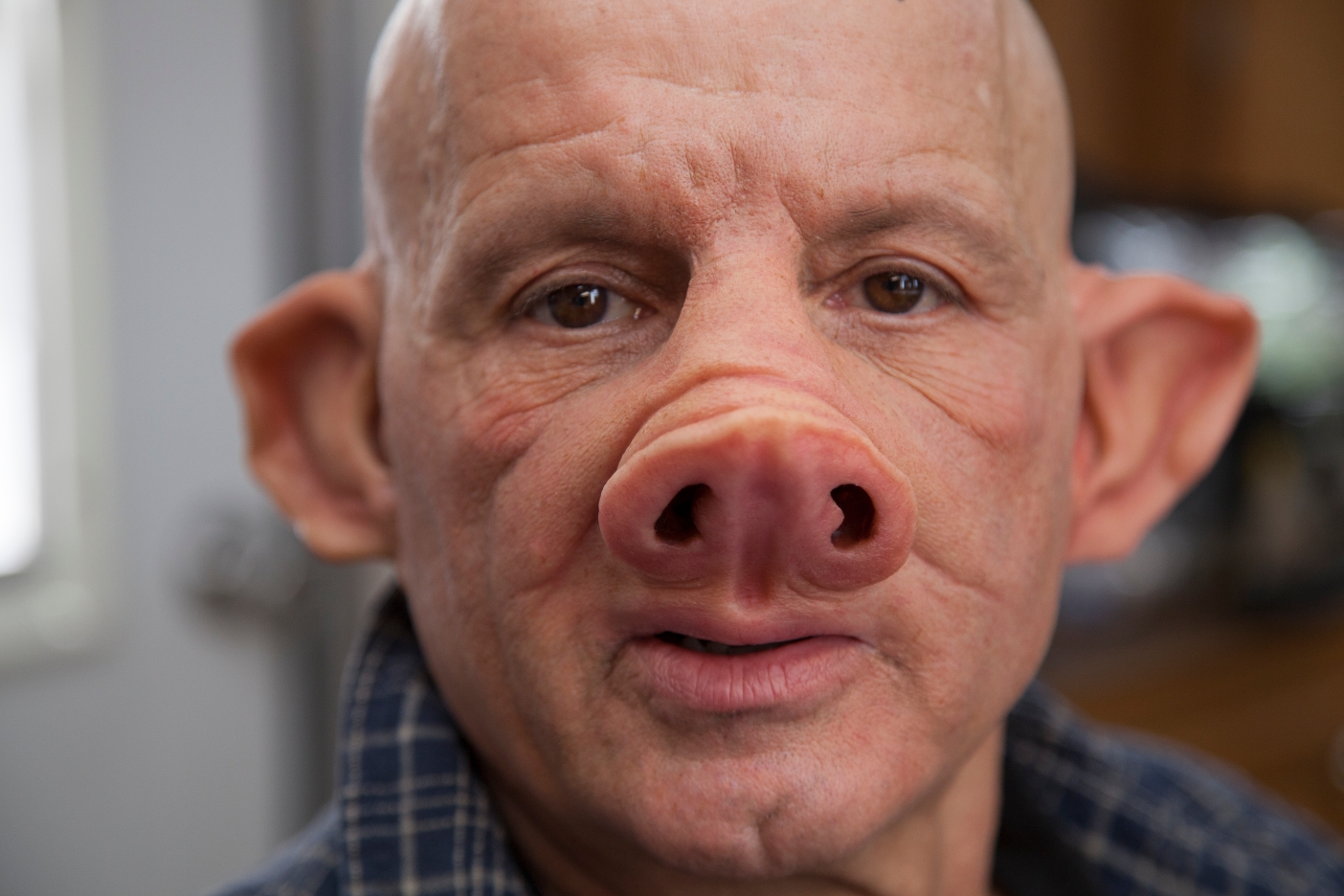 “We’re not trying to make a chimera just because we want to see some kind of monstrous creature; we’re doing this for a biomedical purpose.” – Dr. Pablo Ross, Reproductive Biologist at U.C. Davis

The Next pig BIG Thing  in PDF format:

I’m sure that anyone reading this is aware of the current issues with laws regarding Transgenderism.  If anyone would have told you only a few short years ago that we would be at odds over whether or not we should allow men, who feel like they are women, to enter women’s restrooms in public places — you would have considered that person “nuts”. But – here we are – all in-a-huff over little Johnnetta (formerly little Johnny) attempting to enter the girl’s high-school gym. My reason for writing to you today is to tell you: “YOU AINT SEEN NOTHIN YET!”

This is not an anti-tranny rant. On the contrary, a transgender IS NOT our enemy.  Most transgenders simply want to be “normal” – they wish to feel “normal”. And yet they go through life feeling as though they were born in a wrong body – and although the very idea may sound laughable to some of you, I can imagine a lot of personal, intense pain over the strange inklings a transgender feels.

There is a theory on why this is happening to people – that basically postulates that the genetically modified food, water treated with chemicals and other pollutants in our air (I AM NOT talking about SUV exhausts) is causing people to be born with an issue with “identity”.   I really don’t know – but it is an interesting take. There is a terrific piece on these things that was published by a friend of mine on YouTube. His name is Paul Marco and He has a channel called “Pine Cone Utopia”. Check out his piece on the “Great American Bathroom Debate”:    https://youtu.be/cW1EO970scQ

Transgenderism and the social issues associated with its ideals are only a small step in the remake of mankind into a new image. (And YES!  I am alluding to what you are thinking that I am alluding to)

Still – I haven’t yet explained the reason for my writing. Pigs.  Yes – that’s right – pigs. But not just any ol’ group of swine. These are special. “How are they special?”  You might ask…

Because these pigs, when impregnated, will be carrying “extra-special” piglets. Human chimeras.    Actually, I am a bit off to say “will be carrying” – as if this is in some distant, odd, future set for mankind. No – this is happening now, in the name of medical science and health.  It is possible that the story about these human-pig chimeras – isn’t true. It was, after-all, reported by those crazy – conspiracy kooks at U.S. News and World Report and folks at NPR.  Google – “Is Creating a Human-Animal Embryo Playing God?” – And here’s an interesting take on the story by Gonzo Shamira:  https://youtu.be/DbFLc8ZvMjM

Here’s short take on the how’s and whys of this fabulous, scientific break-through:

Imagine if you have a failing heart, but you are only in your 30s with your entire life ahead of you.      Through the miracle of modern medical science – we can create a half-human, half-pig animal that will grow you a new heart to be harvested from the animal when it is fully gestated. Your body won’t reject the newly grown heart because your DNA sequence will generate the components for the human half of the chimera. The human half will be – basically – you.  And it doesn’t have to stop there. We will be able to grow any type of needed replacement part, heart, lungs, kidneys, eyes, arteries, even blood. No need for people to lineup to give blood any longer.

I can imagine people lining up for this procedure. Seriously.  Because we humans are falling apart. Or haven’t you noticed? Just watch a few hours of prime-time television. You will be bombarded with an alphabet soup of maladies that all have flashy named pills to help with what ails you.  That is – if you are willing to chance the much longer list of drug side-effects that (in the unlikely event) may occur while taking the drug. Yes-sir, people will LINE UP! to get their new body parts grown in their own personal chimera body-part-plant. But here is where the real social troubles will begin.

After a few years of people getting new kidneys and hearts and such – PETA or its newly created PETAC (People for the Ethical Treatment of Animal Chimeras) will start a movement demanding right to life for these poor mistreated “race” of beings. (Never mind that we are taught to scoff at unborn ACTUAL humans, being life – but I digress…)  There will be social uprisings. There will be a newly-wed whole-human+chimera couple on Dr. Phil, fighting for their right to be inter-racially married.

At this point, though, it won’t just be half-human-pig chimeras. Science would have developed ways to improve a person’s eyesight by inserting the genome of hawks into people. There will be enhanced athletes with the ability to run as fast as a Jaguar (not the car) – by inserting specific genetic traits into the populace.  After a short while, the majority of the earth’s people will be enhanced/tainted/corrupted by at least one other species. Some will include multiple species.

OH! What a brave new world. There may be a catch or two, though. The majority of mankind will no longer be purely human. New diseases will arise from within the animal tainted population. (we’ll probably be pining for the simpler days of when the big social issues were only “transgender” related?)

It’s ok though. This has happened before. In the Bible it is written:

“And God saw the earth, and behold, it was corrupt, for all flesh had corrupted their way on the earth.” (Gen 6:12 – but lookup and read the entire Genesis 6 chapter) – and in Matthew 24 we are told by Jesus Himself that He would return when things would be “as in the days of Noah”.  So don’t worry – but there are some BIG things heading our way.  Before you just shrug this off and think “He’s crazy” – do you own research.

Visit www.youtube.com/user/jesusfreakcg  and find the “Next Pig – BIG Thing” playlist to view many of the videos and other information.  Email all comments and questions to:  jesusfreakcomputergeek@gmail.com