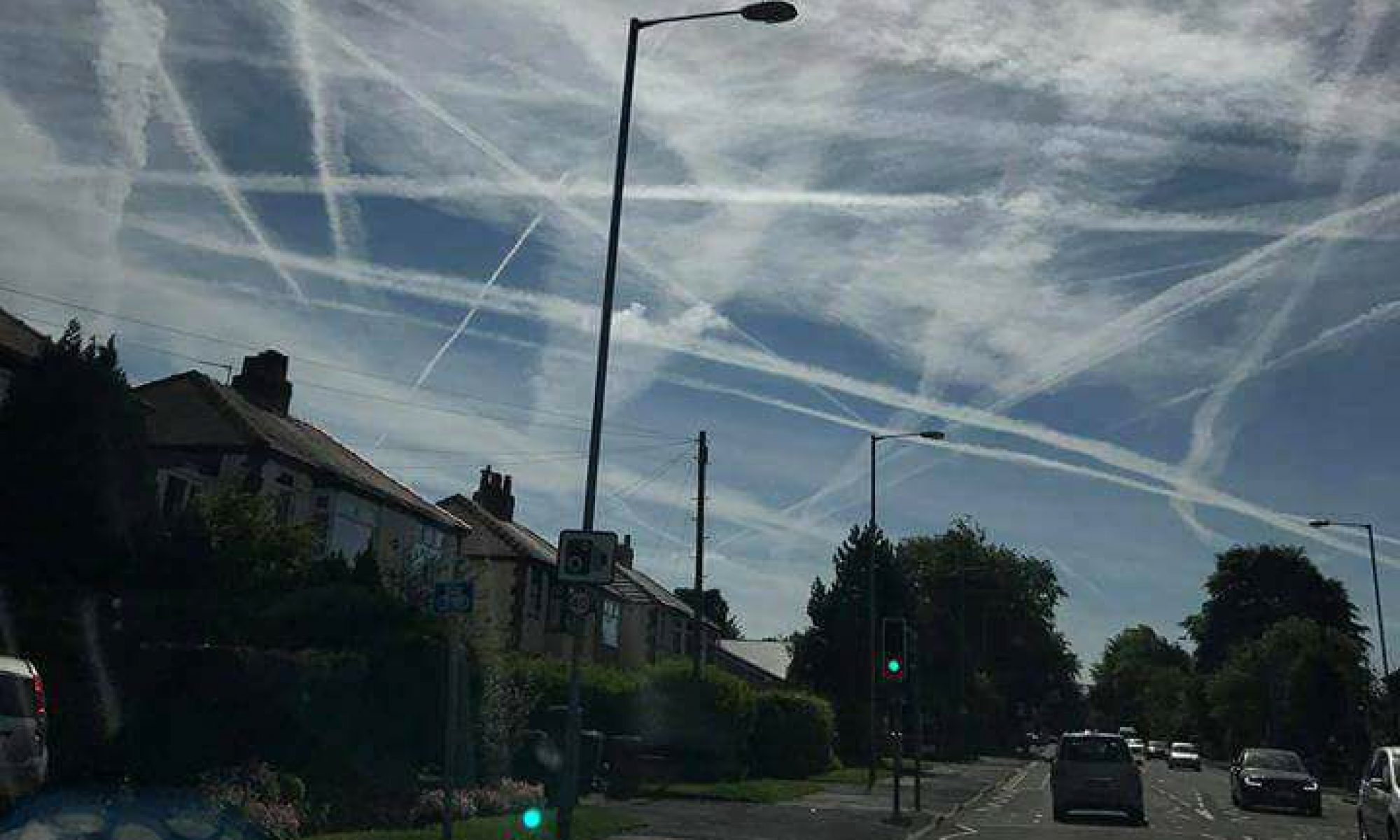 “Over-population is the cause of drive-by shootings and other social ills, but the root of the problem is Christianity, which posits that people are more important than sea otters and elephants.” – Ted Turner 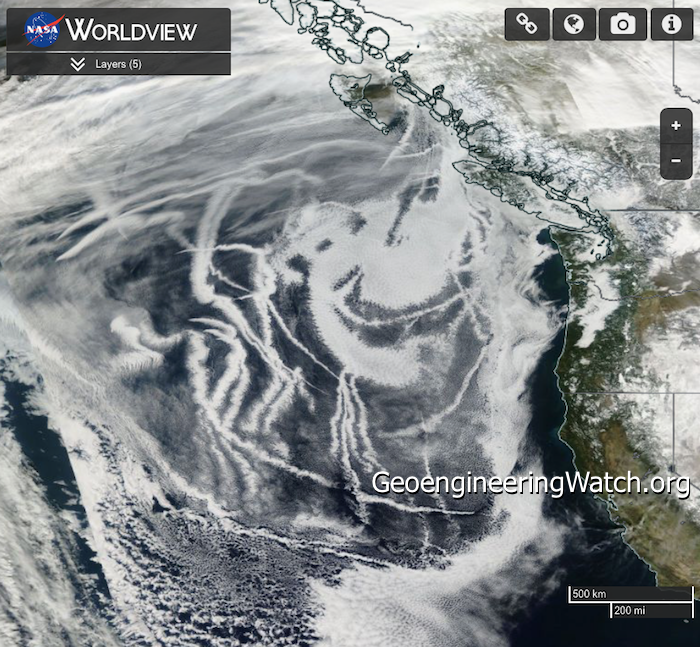 Here is the newspaper published version that you can download and send to all of your friends that think that you are crazy:   Look Up – It’s a Bird – It’s a Plane – June 21 2017

Before we start this diatribe, allow me to present to you a few “choice quotes” from highly respected world-leaders:

“Cannibalism is a radical but realistic solution to the problem of overpopulation.”  (The late, great) Prince Phillip.

“In order to stabilize world population, we must eliminate 350,000 per day.” Jacques Yves Cousteau.

“Depopulation should be the highest priority of foreign policy towards the third world, because the US economy will require large and increasing amounts of minerals from abroad, especially from less developed countries.”  Henry A. Kissinger.

“Now if we do a really great job on new vaccines, health care, reproductive health services, we could lower (the world’s population) by perhaps 10 or 15 percent.”  Bill Gates

For any of us old enough to remember the days when television had only five channels to watch:

NBC, ABC, CBS, PBS and usually a local UHF channel like Channel 45 – you are old enough to remember ever-evolving news of the environmental horrors coming to planet earth that were SURE to kill us all:    In the 1970’s it was GLOBAL COOLING

In the 1980’s it was OZONE DEPLETION – in the 1990’s we had GLOBAL WARMING – and now in the 2000’s we have CLIMATE CHANGE.   With every one of these hyperbolic nail-biting events, we have been told by the world’s high-priests of Scientism and its main-stream-media prophets – that mankind must do whatever possible to reduce the massive damage that we are doing to our fragile, global environment.

Every religion has its shrines where its followers can display the ideological idols of its core beliefs.  For global Climate Change one of the shrines is a place called THE GEORGIA GUIDE STONES. The Georgia Guide Stones are located on Guidestone Road Northwest, in Dewy Rose, GA. (You can google it AND find it on Google Earth or you could drive there and see it. It’s a 3 hour drive from Chester. ) Written on the walls of the monument is a new Ten Commandments for an age of reason – they list these statements: 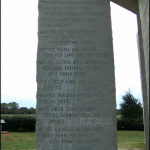 4 – Rule passion – faith – tradition – and all things with tempered reason.

5 – Protect people and nations with fair laws and just courts.

4 – Rule passion – faith – tradition – and all things with tempered reason.

5 – Protect people and nations with fair laws and just courts.

All of this could be read as a conspiracy kook joke, if it weren’t for the fact that the Guide Stone monument site is real – and it repeats a theme that is stated over and over again by world-leaders:  A HUGE REDUCTION IN THE WORLD’S POPULATION.  If you didn’t catch that – go back and re-read it. Maintain humanity UNDER FIVE HUNDRED MILLION.  Hmmmm – that’s odd. We are told that the world currently has a population of 7 BILLION people. How do we get rid of 6 and ½ Billion people?  What to do… what to do…???

Have you ever heard the term –  “Geoengineering”?

The definition is:   “the deliberate large-scale manipulation of an environmental process that affects the earth’s climate, in an attempt to counteract the effects of global warming”.

I have a friend who is a Spacecraft Project Scientist at NASA (I worked at NASA for 12 years) – Dr. Claire Parkinson’s satellite is called AQUA and is dedicated to her scientific studies of Arctic Sea Ice and atmospheric aerosols. (Sounds fascinating – don’t it?)   She sent me a copy of one of her books a few years ago and asked my opinion about a specific chapter on the subject of Geoengineering.  (I was flattered that she even asked) The book was titled:  “The Coming Climate Crisis – Beware of the BIG Fix”.

In the book she explained that there were plans to inject tiny particles of aluminum, barium and strontium – into the stratosphere to block out solar radiation. This plan was to be implemented to decrease solar radiation and cool the earth – thereby REDUCING GLOBAL WARMING!

According to Claire’s book – this was a plan being tossed around in U.N. circles – as a viable method to control global climate change. But – she wrote in 2007 – it was an idea not being implemented yet and probably should never be, because aluminum has been known to cause Alzheimer’s like symptoms; barium and strontium are radioactive isotopes that cause sterility and a number of cancers. Also – Claire added – blotting out the sun would likely cause a number of unknowns from out-of-control weather to plant-life dying off.  Here’s a video where Claire gives a talk at GSFC:

Cut to 2017 and we now have announcements from NASA and Harvard University that say the only answer to climate change is to commit to a process called SOLAR RADIATION MANAGEMENT – a method of spraying tiny particles of aluminum and strontium into the upper atmosphere – to “manage” solar radiation. Solar Radiation Management is the newly created politically correct way to say “geoengineering” – and geoengineering the atmosphere is a politically correct way to say a widely used term in conspiracy kook circles:  CHEMTRAILS.  Humor me while I drop another quote on you:

Harvard University – that great bastion of knowledge – currently has a SOLAR GEOENGINEERING RESEARCH PROGRAM in operation – https://geoengineering.environment.harvard.edu/   – visit the site and watch their video titled: “A New Tool to Address Climate Change”

Think this is all just a bunch-o-crazy talk?  Have you looked up at the sky lately? Most days our sky is inundated with crisscrossing lines that cross the sky from one end to the other – and after a few hours COVER THE ENTIRE 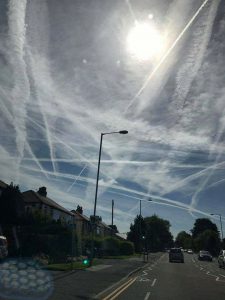 SKY WITH A THICK, WHITE/GRAY HAZE. I have also seen an effect that is called “lenticular lensing” – which is a rainbow effect in the middle of the sky. Not a rainbow – that curves across the sky – but a “blotch” of rainbow colors in a random spot in the sky.  I have heard some individuals’ state that those lines across the sky are simply “contrails” – the water vapor that condenses from hot jet engines flying high in the stratosphere.  Contrails dissipate and yet these lines persist and spread out covering the entire sky!

We live in deeply deceptive times when practically everything seems to be upside down and backwards.  We are being told by “smart people” – that we need to block out sunlight to save the world!   I cannot think of anything more idiotic and flat-out dangerous. And yet it is being done – right now – over our heads.  One scripture that comes to mind is “They will choose a lie over the truth” – another is “They consider themselves wise only to become fools.”     In the meantime – what can we do?

The state of Rhode Island has actually taken measures to legislate what is dumped in their skies. Why can’t we?  RI H6011 is a bill introduced to Regulate Geoengineering – https://legiscan.com/RI/bill/H6011/2017   – A direct link to the PDF of the Bill:   https://legiscan.com/RI/text/H6011/2017  – I would encourage you, if you are so inclined, to contact your local representatives and ask them if they are aware of this? If enough people made enough noise, I believe that we could put a stop to this.

Not too long ago I had a fellow look up at the sky and ask me – “When will this all end?” – And I exclaimed, “When Jesus comes back, dude!” – And that is the main point of all of this. There is a time coming – very soon – when the King of Kings and Lord of Lords will appear in the clouds of heaven with a bunch of heavenly hosts (angels). Those that love His appearing will be vindicated on that great day!

So – LOOK UP!  It’s not a bird – It’s not a plane – and don’t expect to see Superman either.  It is your redemption that draws near.

Since publishing this post, I have had the opportunity to give an interview on WGCD 1490 AM radio station in Chester, SC — you can hear the archive of the program WITH ADDITIONAL MATERIAL here: https://www.youtube.com/watch?v=1ihhm0QCmfY

Here is the newspaper published version that you can download and send to all of your friends that think that you are crazy:   Look Up – It’s a Bird – It’s a Plane – June 21 2017

Here is a direct link to a YouTube Playlist related to this subject: https://www.youtube.com/watch?v=S-VsbE57P40&list=PL29TXDfI1FVsO_CpdC4_V0UVmtQ7uCAf8

I always try to have video resources related to the information you read here. Find out more by checking out my YOUTUBE channel:  www.youtube.com/jesusfreakcgomputergeek – or visit www.jesusfreakcomputergeek.com