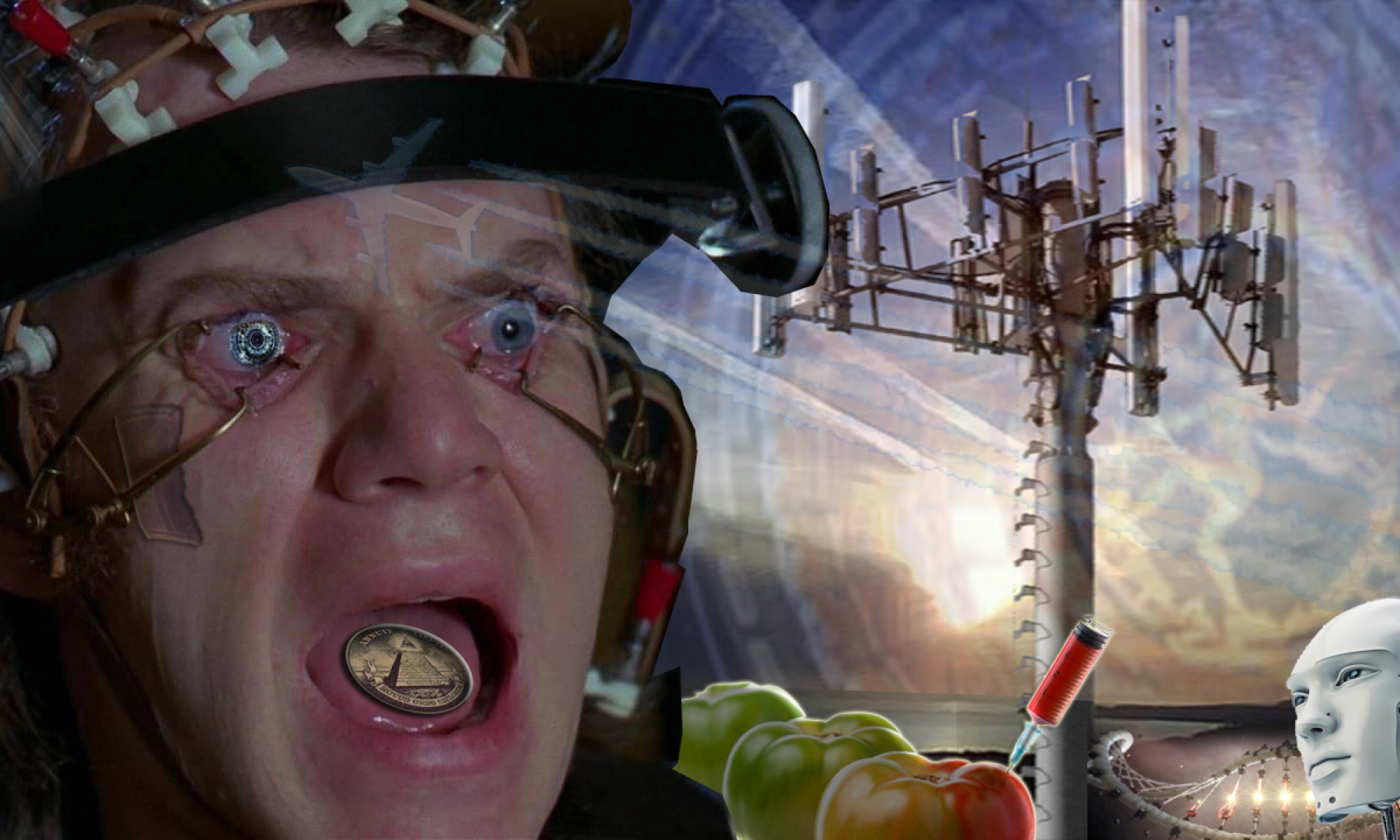 Some wait for the coming GREAT DECEPTION. There’s no need to wait.   We are all born into it.  The GREAT DECEPTION IS HERE ALREADY.    “I don’t see it.”  You may think? – isn’t that the whole point of deception?

Before you scoff at ANYTHING posted here – DO YOUR OWN RESEARCH FIRST.    “To him that decides a thing before having heard it – it is folly” —
There are things on this list that many will say “what does it matter? I’m going to heaven. I know JESUS”. That may very well be true. But that isn’t the point of this list. This list is for the next generation. OUR CHILDREN. If we do not inform ourselves and therefore – TEACH OUR CHILDREN – THEY will be deceived.   Surely…  Because the things listed in the following text and videos – will be a common thread of their lives. They will never have known any differently. WE MUST WARN THEM.
The things listed here are NOT A COMPREHENSIVE AND ALL ENCOMPASSING list. it is —-
My short-list of THINGS YOU SHOULD KNOW for 2017:
THE FIRST and FOREMOST – is that you KNOW there is a God and that He is a rewarder of those who DILIGENTLY seek HIM.
God – YHVH – had a son. An ONLY BEGOTTEN SON. the Christians today call Him JESUS. his name was Yeshua. He is christ the KING of KINGS and LORD of LORDS. he is Yeshua hamashiach. Jesus messiah. This is important to truly understand and demarcate, because the world is presenting a false Jesus. A Jesus that tolerates everything and anything. In the name of unity and “love”. THIS IS A FALSE JESUS.
If you do not KNOW JESUS. KNOW HIM — this is THE NUMBER ONE MOST IMPORTANT THING.   Everything else pales in comparison.
How can I KNOW HIM?  You might ask –
Simply ask Him to reveal himself to you – Ask Jesus to help you with your unbelief.  Do understand though – if you are scoffing at the idea – or think that this is a joke – you will get nowhere with your requests. And don’t believe for a moment that you can hide what is in your heart.
If you REALLY want to know God – ask to know HIM!
Then – get a Bible and start reading.  Some may tell you that it has to be a King James version – or whatever.  I would recommend that you read a New King James or English Standard Version (ESV). NIV and/or NLT – are fine for a new believer. Ok –
If you can’t get a Bible right this moment – there are terrific Bible apps for your phone (You version) and you can read online.  Bible Gateway is a good site.
Just READ THE SCRIPTURES.  It’s important. Because God will reveal Himself as you read. I can imagine that it doesn’t make sense at this moment.  But it will make sense.   Give it time.  The Bible does not have to be read like other books – starting at the beginning with Genesis and then finishing with the last pages of Revelation.  I suggest that you start your reading in the Book of John – where it begins: “in the beginning was the Word, and the Word was God….”  – and/or any of the New Testament Gospels. (Matthew, Mark, Luke and John)
I would also encourage you to seek out a local church. Why?  Because we cannot go at this alone.  AND there are others who will want to meet you!
You have an important role in the lives of others!
Get to know God – YHVH  and He will direct your path.
1 – The EARTH IS FLAT – we are not on a spinning globe.  No matter HOW CRAZY that sounds – do a little research and you will have your mind blown and your eyes opened. You may wonder “why would they hide that the earth is flat and teach us otherwise?” – Because they are HIDING GOD.   Plain and simple.   Make us an insignificant spec in a vast, vast universe – you can then “lose sight of God” — The globe earth and heliocentrism (our orbit of a centered sun) EXALTS ITSELF against the KNOWLEDGE OF GOD.

2 Corinthians 10:5    King James Version (KJV)     “Casting down imaginations, and every high thing that exalteth itself against the knowledge of God, and bringing into captivity every thought to the obedience of Christ;”

From Genesis to Revelation the Earth is consistently described as being fixed and not moving:            http://jesusfreakcomputergeek.com/?p=133

2 – Money – the dollar specifically – is DEBT – no matter how you come to acquire it – it is a debt – that has interest charges for the LOANED money – that cannot be paid without another DEBT LOAN (a rather vicious cycle – don’t ya think?) – Money REALLY DOES grow on trees:
https://www.youtube.com/playlist?list=PL29TXDfI1FVsFMjSOUZ3XNMctq1P0fYhz
If you are of those who still believe that the FEDERAL RESERVE is an actual U.S. government entity – and that our money is backed by gold, (or backed by anything?) – You have some homework to do.
3 – There is a technology called CERN and a technology called D-Wave that are doing things that would blow your mind – and maybe cause you to realize that we should change what we think about the times we live in.
https://www.youtube.com/playlist?list=PL29TXDfI1FVvdkAwh8GWJaPKoPQAzvz6y
Here’s a link to a PDF of a newspaper article touching on some of the details of CERN and why we should be conCERNed:  Part 1 of 2    Part 2 of 2
4 – There is a coming deception – that will consist of “an alien invasion” of sorts. They will be presented as travelers from another planet – but they will be DEMONS. Although we are told in the news that “scientists discovered a new planet” every other week. There are NO EXTRA-SOLAR planets. it is a ruse – to support #4 and requires that we believe in a GLOBE, HELIOCENTRIC world — which is why we need to understand #1
5 – Probably the most pressing – of all demonic deceptions: TRANSHUMANISM. We will be sold on the idea of getting ourselves UPGRADED.   The upgrades will be VERY ENTICING.  Even desirable. People will stand outside in LONG LINES and DEMAND the “upgrades” – much like we do for the latest iPhone release.
But this will be our destruction – because we will be LOST – there will be NO POSSIBILITY of salvation for the POST HUMAN.   Because once “enhanced” – you will no longer be human.   You will no longer be made in GOD’S image.
You will be (re)made in satans’s image.
In the Book of Daniel it is written that “he” (speaking of the anti-christ leader of the end-times) – “he will stand in the temple of the LORD claiming that he is God..”   and also in 2nd Thessalonians 2:4  —
“who opposes and exalts himself against every so-called god or object of worship, so that he takes his seat in the temple of God, proclaiming himself to be God. 5″
We must keep in mind that prophecies are sometimes “partially fulfilled” leading up to the point where they are COMPLETELY FULFILLED.
The third temple being built in Israel – IS NOT THE TEMPLE that the antichrist will stand in – and have THAT be the fulfillment.
Although he may actually be in the temple in Jerusalem – THE FULFILLMENT will be when he is inside of all humankind – by the means of a genetic/technological change to mankind – and he will remake man in his image. “Do you not know that you are the temple of the HOLY SPIRIT” ???? —-
Remember – satan said that he shall be like the MOST HIGH –
THE END GAME is to corrupt man (again – like the flood of Noah’s day) – and make it so that man/woman are no longer made in God’s image. – no offense – but watchmen who only focus on what is happening on the temple mount are missing what the enemy is actually doing – and therefore not informing and warning the people.
Remember at the beginning of this diatribe – I stated that this did not include all of the subjects that you should know. god willing, I may create a comprehensive listing that has a short-definition associated with each subject and maybe a few links that have been vetted – for you to research further.
THE LORD BLESS YOU AND KEEP YOU!
Jesusfreak computergeek