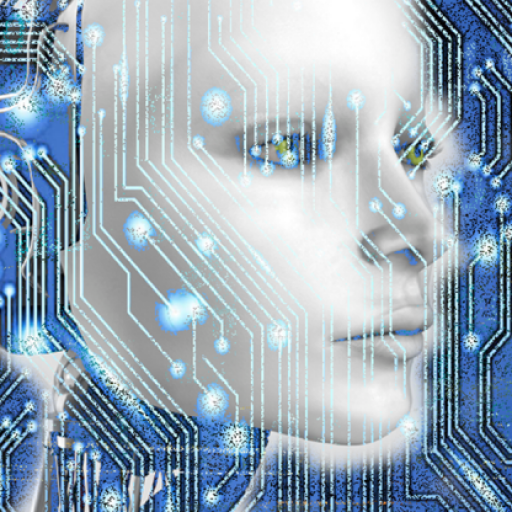 “With artificial intelligence we are summoning the demon. In all those stories where there’s the guy with the pentagram and the holy water, it’s like yeah he’s sure he can control the demon – Didn’t work out.” – Elon Musk, speaking at MIT October, 2014

Here is this article published in the newspaper –  in PDF format

It seemed that many didn’t completely “get” my point in the last article where I wrote about BITCOIN and its associated component technology, BLOCKCHAIN. (We’re About to be Get Bitten by BITCOIN)To sum up what I was trying to explain; the entire world is poised to completely digitize our monetary systems, all currency and financial exchanges, and all exchanges will be managed (read – controlled) by AI – Artificial Intelligence. Whether or not the digital money is called BITCOIN or any other “crypto-currency” brand (Ripple or LiteCoin for example) is immaterial, the point for concern is the fact that Artificial Intelligence is controlling all aspects of the world’s finance.

Notice that I did not say “will be controlled” but I stated “is controlled” – because AI is ALREADY CONTROLLING ALL ASPECTS of monetary exchanges RIGHT NOW by controlling the fluctuating values of currencies around the world. If you control the value of money – you control the money.  The hold-out from complete control of all financial transactions is the simple fact that we can still use hard currency, for the time-being – for things like personal one-on-one exchanges.  That is very soon sure to be gone. There are a few who dare to pay cash at the grocery store or the real oddity of when someone actually breaks out a checkbook and writes a check. But the majority of us swipe the card – and many are moving to holding their cellphone up to a scanner and paying for everything at checkout.

like this recent piece sent to me by a sister in Christ:

The forward march to complete AI control over our monetary systems is only a small part of “corralling us” into playing a part of the actual overall plan: The return of the fallen ones- Nephilim – to out-in-the-open influence over all of our lives and every aspect of our lives.

I can imagine that sounds way too over-the-top crazy and many might be wondering, “What in the world does digital money have to do with fallen angels and demons?”

To fully understand this, we must understand the reason behind one of the most cataclysmic change events in world history:  The time of Noah and the Flood.

For the sake of brevity I am going to state many things quite “matter of factly”. You are free to check my facts and I would certainly encourage you to do so. But everything I am going to state here is true – AND SCRIPTURAL – but still, the majority of us have never been taught what I intend to present here.

“The earth also was corrupt before God, and the earth was filled with violence.  So God looked upon the earth, and indeed it was corrupt; for all flesh had corrupted their way on the earth.”

A few verses prior we read about the source for the corruption:  “There were giants on the earth in those days, and also afterward, when the sons of God came in to the daughters of men and they bore children to them. Those were the mighty men who were of old, men of renown.”  (Genesis 6:4 NKJV)

So – it seems that these “sons of God” created a world-wide problem of the corruption of all flesh, (how much is ALL?) With the exception of Noah, his wife and sons, the genetics of all mankind became tainted by fallen angels when they had sex with human women.

In addition to corrupting the human genome, they also taught men how to inter-mingle animal species for the main purpose of “provoking God” (this is brought to light the Book of Enoch and Jasher). The entire world and all living things were so corrupted that God Himself “repented that He had ever made man on the earth”.

How is that connected with modern technology and ARTIFICIAL INTELLIGENCE? – To address this question we now have to turn to the extra-Biblical text of The Book of Enoch. (You can download The Book of Enoch – linked at the top of this piece and keep that as a resource – in PDF format)

In Enoch, we are told that the angels who had “committed so great a sin” with human women, asked Enoch to petition God to allow their children – the GIANTS that were on the earth (Genesis 6) to be forgiven and be allowed to have salvation. God’s response to Enoch was pivotal to our full understanding of Biblical Old Testament actions of God  – and His directing of the Israelites to “spare no-one” when they entered the promised land, Jesus’ actions regarding casting out of demons (like the man with a LEGION of demons) – and our current modern world – spiritual condition today.

God told Enoch that He would not allow access to heaven by the children of the angel and human women union.

In Enoch Chapter 15 we read:

“But you were formerly spiritual, living the eternal life and immortal for all generations of the world.  And therefore I have not appointed wives for you; for as for the spiritual ones of heaven, in heaven is their dwelling.  And now, the giants, who are produced from the spirits and flesh, shall be called evil spirits upon the earth, and on the earth shall be their dwelling.

And the spirits of the giants afflict, oppress, destroy, attack, do battle, and work destruction on the earth, and cause trouble: they take no food, but nevertheless hunger and thirst, and cause offences. And these spirits shall rise up against the children of men and against the women, because they have proceeded from them.” – Enoch 15 –

These (disembodied) spirits from the woman/Angel (HOLY WATCHERS) progeny are called DEMONS. They are also sometimes called “entities”.  It is important that we fully understand that “fallen angels” are not demons – and vice versa. In all cases – angels are always angels whether they speak for God or against Him.

In the Biblical book of Jude, we are told: “and the angels who kept not their first estate, are locked in chains under darkness until the great day…” – Fallen angels have been locked up in chains – demons have roamed the earth seeking willing hosts.  I can imagine that you may need to PAUSE and possibly REREAD the past several paragraphs before reading further.  We are now going to SWITCH GEARS quite a bit:

There is a technology called QUANTUM COMPUTING and the biggest players in this technological arena are Google and NASA who are teamed up with their D-Wave Quantum Computer to form the QUANTUM AI Lab. D-Wave is a very unique technology that is able to literally pull information/resources from other dimensions, the realm of the demonic. In a very real way, D-Wave and the quantum computer technologies are a modern day OUIJA board. (The website for D-Wave https://www.dwavesys.com )

Several years ago, Geordie Rose, an executive at D-Wave, gave a presentation explaining what their technology was actually doing.  I HIGHLY RECOMMEND you hear what he had to say:  https://youtu.be/9hFbiQDsgkI   – otherwise you really will not understand what I am alluding to here.

Today, Mr. Rose runs a company called KINDRED – http://kindred.ai   —             Mr. Rose gave a presentation to potential employees back in June of 2017 and explained that the next move for AI is to connect and use the resources from Quantum computing (demonic dimensions) and provide a “host body” for said Artificial Intelligence.

Mr. Rose’s plans include having people train robots to be able to properly interact within real-world scenarios.  An actual job listing in the kindred.ai website is called “Robot Pilot” – where a person would wear a robotic exoskeleton “frame” and be connected to an artificial intelligence to train robots how to perform tasks by mimicking human movements and actions.

Mr. Rose states that the trained robot – AI host would then be able to perform anything a human can do – only better. (Can you hear the song “I can do anything better than you….”  No you can’t – yes I can…) through-out his presentation he calls these “machines” – ENTITIES.

Here is the link to MIT’s 50 SMARTEST COMPANIES that Mr. Rose mentions:  They are number 29 in the list.

I guess we are all going to have to redefine the meaning of the word “smartest”?

We should be informed of these things – but we need not worry about these things. Why? Because God said that it would be this way in the end of the age. Regardless of faith or lack thereof – all will go the way that God has said.

Jesus, while speaking to His disciples stated that the end of the age would be the greatest time of tribulation ever:

“21 For then there will be great tribulation, such as has not been since the beginning of the world until this time, no, nor ever shall be.” Matthew 24:21 NKJV  –

“…the coming Artificial Intelligence presents super-intelligent aliens who will cause – a complete and utter transformative change that has never been seen before in all of humanity… We are on the verge of that transition now.”

It sounds to me like Mr. Rose is telling us that we are on the verge of the greatest tribulation the world has ever seen.  This is interesting to me because I don’t believe that Mr. Rose has ever read the Bible.  I’m just sayin…

The Book of Enoch: