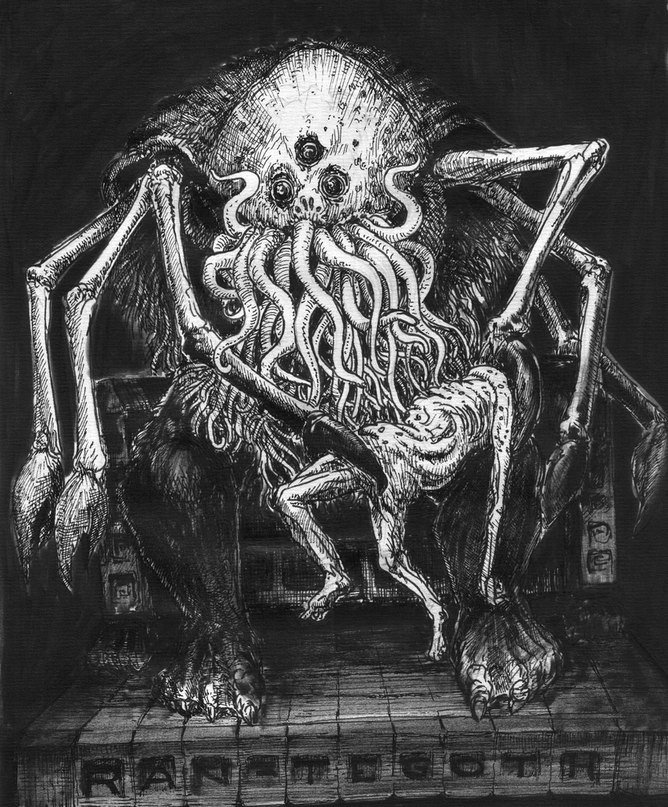 “Quantum computing and AI … is the return of the GREAT OLD ONES… They’re not evil, they simply regard us in much the same way we (dis) regard an ant. They just don’t give a (*expletive*) about us” – Dr. Geordie Rose of D-Wave quantum computers and KINDRED.AI

Here is a recent conversation about “Demonic Divination Devices” —

Mythology:  a world-view that includes a pantheon of numerous gods, demons (evil spirits – disembodied spirits of the giants/Nephilim killed in the flood of Noah’s day), angelic beings, giants, fairies, half-horse-half-man creatures, goat-man creatures, men with horns on their heads, and a myriad of other imagined, so-called “mythological” musings and lastly but not leastly – magic.

These myths include “spiritual understandings” and occurrences that go against the knowledge of our modern material world scientific understandings that include the study of physics, chemistry, biology and all of their sub-categories and the application of these sciences:  Technology.

If you are one of those radical few individuals of Christian faith who believes that what the Bible says is true – then you should in fact have a world-view that includes belief in all of the things that our world of physical/material science calls “myth”:     An axe head floated in water in 2 Kings 6 which goes completely against known the scientific theory of gravity (yes, gravity is ONLY A THEORY).

The sun stood still in Joshua 10, which goes completely against widely accepted astrophysics studies of Copernican cosmology (the idea that the earth orbits the sun).

A witch conjured a spirit of a dead man (1 Samuel 28) , giants in the land (Genesis 6, Numbers 13, 1 Samuel 17, and many more), encounters with angelic beings (Joshua 5, Daniel 8, Revelation 1, Luke 1 and many more), and the Bible even tells us of a virgin woman who actually gave birth to a Son! (Can you imagine that?)

The point off all of this – is that the world in which we live is decidedly “spiritual” and supernatural – but our westernized, material-mindset has been conditioned through an education system and Scientism to become locked into measuring everyday experiences as strictly material, physical, scientific and technological – something to be tested and proven by a white lab-coated high-priest of the religion of SCIENTISM.

For many it may be too much of a stretch to believe that life in this earthly realm can really include what most would call “magic” and myth – Such things are the subject of superstition and the musings of the uneducated, simple minded masses.

This brings us to the modern age and the Science of QUANTUM MECHANICS.  Quantum mechanics, in the simplest explanation, is the study of how our world and reality operates at the tiniest scale, called THE PLANCK SCALE.  At this tiniest of tiny points of measurement “reality” takes some strange turns and twists, time and space (distance) no longer have any meaning and at this same tiny scale the strange effect of SUPERPOSITION is experienced.    For example:  According to the modern physics of Quantum Mechanics, a particle of light (a single photon) can be in more than one place at the same instance in linear time. It is not until a conscious entity examines said particle that it “collapses” into a single point. We call this “collapsing” – “reality” – our perception of the world around us.  Again – understand – the particles are “everywhere and anywhere” until someone or some-thing – examines it.

DISCLAIMER:  Not every view and commentary expressed in this post is thought to be correct and/or true any longer after much consideration. (it is December 2020) – the writer leaves the commentary intact from the original to demonstrate the processes we have gone through to understand what is happening “spiritually/ metaphysically”  in the world.

*Read more and watch a terrific video on QUANTUM MECHANICS and HACKING REALITY:   “The Lying Wonders of Hacking Reality”

Camp on this thought – if only just for a moment: Modern science now teaches that reality does not exist until a consciousness “thinks about it”. (I say consciousness and not “person” – because the consciousness does not have to be a human being, according to Quantum Mechanics – get it?)

The name for such a line of thought is normally called “Pantheism” or “Idealism” – today – it’s called PHYSICS. It has been recently noted that the language used in modern quantum physics is in many ways indistinguishable from the language of new-age spiritism. Quantum Mechanics includes terms like “entities”, spirits, dimensional realms and demons.  We should keep in mind that the understanding of physics is considered to be the baseline for all other sciences.

Now consider this:  Quantum computing technology has been around for decades – for anyone who has millions of dollars to own and maintain such a powerful and yet delicate – technology. The most widely known Quantum computer system is called D-Wave, which is jointly owned and managed by Google and NASA.  According to the lead engineers and integrators of these Black-Box behemoths, D-Wave pulls information, called “resources”, from other dimensions – by leveraging the other-worldly effects of superposition and “quantum entanglement”.  Because Quantum computers use an entirely newly discovered aspect of physics – they can compute EVERY POSSIBLE OUTCOME of a given task processed –in an instant.

Standard computers process information using “bits” – ones or zeros. Quantum computers process using what are called QUBITS – a qubit can be one or zero or BOTH one and zero. Being able to process ALL POSSIBLE OUTCOMES AT ONCE – Quantum computers are millions of times faster than the fastest standard-architecture super-computer.  But again, they are expensive to own and operate and require very controlled, highly shielded, super-cold environments. Until now. 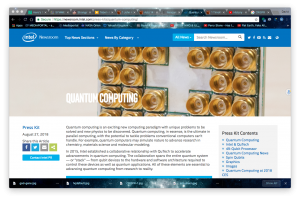 Quantum Computing for the masses

Intel recently announced a 49 QUBIT processor – called “Tangle Lake”.  These chips are the beginnings of bringing quantum computing to the masses. Back in the early days of digital computing – the first computers were machines that filled buildings that covered multiple city-blocks and could only do basic mathematical processes. Today – you could fit a computer that is billions of times more powerful than those first computers, in your shirt pocket; we call them cell-phones. 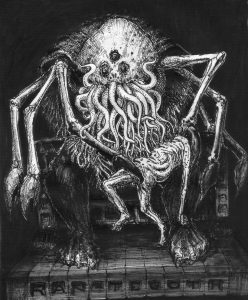 Dr. Rose also adds: “The entities are not demons like we normally imagine as demonic entities… they are more like the beings imagined by H.P. Lovecraft.” —

This begs the question:  Do we want such computing power in the hands of everyone? What might a world that has an ORACLE of all of the world’s knowledge, can pull information from other dimensions from “entities” in every house-hold – look like?

Allow me to rephrase the question:

Does everyone want to have a DEMONIC REALM DIVINATION DEVICE in their home?

That is precisely what AI and Quantum computing is. AI is connected to all of the world’s knowledge, through the internet – and via the inter-dimensional aspects of quantum mechanics, such an AI would have access to another dimension. The last time I checked – the only “other dimensions” that exist are the realms in which spirits reside. I’m also pretty sure that the scriptures state that we are to not speak to spirits. “There shall not be found among you . . . anyone who practices divination or tells fortunes or interprets omens.”  (Deuteronomy 18:10)

And then there’s the idea of Quantum Mechanics that states that we are living in a HOLOGRAPHIC, SIMULATION MULTIVERSE. But I digress…. That’s a whole ‘other column…

If we need a bit more “proof” that we are literally creating technology that amounts to demonic divination, we only need to turn to recent developments in SCIENCE NEWS from Penn-State University.

Titled:  “Could a Demon help to Create a Quantum Computer?” – the published piece states that physicists are using a little know theory from the one of the great minds of physics:  James Clerk Maxwell – the creator of the LAWS OF THERMODYNAMICS.

Maxwell suggested that the laws of entropy could be reversed if a DEMON were employed to effect unusual changes to known physical laws. (Yes!  This is really scientific reasoning) – the current application for Maxwell’s theory is in the field of Quantum Computing.

Ahhhhh – but we don’t have to do the talking to the demons – our Quantum Computing, AI technologies will do that for us.  Science has brought us full-circle to return to the ways of old – with a technological twist. We will all have our very own high-tech demonic divination devices – modern day Oracles of Delphi. 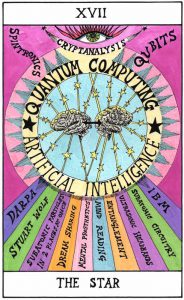 Here are a few more examples of recent announcements that support the ideas presented in this column:

Artists in Residency Awards at CERN 2018

Nicholson1968 has been talking about these TRANSHUMAN events for over 15 years!